After nearly a century of operation, the robot revolution has come to Rottinghaus Holstein farm.

David Rottinghaus, owner/operator of the Seneca, Kansas-based business, made the move to Lely automation about three years ago. And he’s not done yet.

“It was a pretty smooth transition,” David said. “Once we got started, everything just fell into place.”

“My daughter helps out, so that’s the fourth generation of my family to work on this farm,” David said. 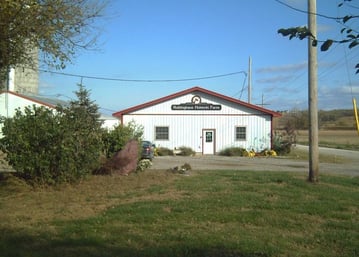 However, the 550-head dairy farm is far from a two-person show. David’s 89-year-old dad remains a staple at the operation, helping run things whenever possible, and David employs up to eight farmhands at any given time.

That demand for labor is what helped push David toward Lely robotic milking systems.

“There were several challenges I hoped the robots would help me address, but the labor issue is certainly a big one,” David said.

He reached out to Whorton’s Dairy Equipment, a nearby Lely Center, for help. David ultimately decided to retrofit a barn built in 2011 to accommodate four Lely A5 robotic milking systems.

“It wasn’t too difficult of a retrofit,” said David. “I’ve got some other structures that would be much more of a challenge.”

The robots went live about three years ago. The results, David said, were immediate and obvious.

“I can get more milk out of the robot than I can milking in a parlor,” he said. “And it takes a lot more labor to milk in a parlor.”

A FUTURE WITH LELY ROBOTIC MILKING 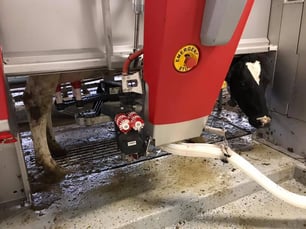 David said Whorton’s team was dedicated partners throughout the startup. At least three technicians stayed on site for 24 hours to help David and his crew troubleshoot and learn to adjust to the robots.

Now with a few years of experience in dairy automation, David is ready to expand his partnership with Lely. He is in the process of retrofitting another barn to accommodate the installation of four more Lely robotic milking systems.

When those machines are in place – likely late this year – David hopes to expand his herd to about 650 head. He also has space for two more Lely machines, which would allow him to expand even further.

“We’ll still do some milking in the parlor, but the goal is to rely on the robots for our milk production,” David said.

A third pen eventually will be used for the farm’s dry cows.

“That pen would be just about impossible to retrofit, so we’re going to give it a new purpose,” he said.

To learn more about dairy automation with Lely, click below: