How Pulsation and Vacuum Time are Different in Robotic Milking Systems

Milk yields are maximized when calm cows are milked with a consistent routine. The pulsation ratio or vacuum of a milking machine affects milk flow and milking time, and has also been reported to influence teat condition and somatic cell count.

There are three main differences between conventional and robotic milking systems when it comes to pulsation ratios and vacuum time: 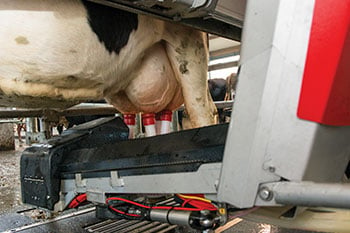 Maximizing Production with Vacuum and Pulsation with Lely Robots

Cows should be monitored for comfort during the milking process and the operator should be checking teats and teat ends for ringing or hyperkeratosis. It is a good idea to do this before and after any changes to see if issues are improving or worsening. Routine vacuum and pulsation checks should be done with every robot maintenance review.

The pulsators in the Lely Astronaut A5 robotic milking system are designed with four separate ports, one for each teat. Each port has a hose that goes to the inflation. This allows operators to make changes in the software that were previously only available by making a hardware change in a parlor. For example, robot operators can change pulsation at the push of a button, from a side-to-side motion to a front-to-back motion or even to a circular motion. In a traditional parlor, an air fork on top of the claw would need to be changed to go from side-to-side to front-to-back or vice versa. 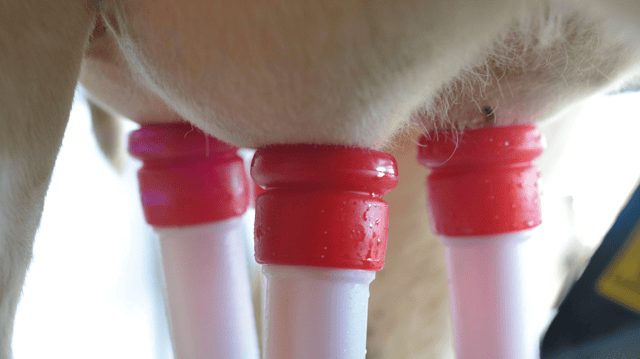 With robots, there is also a vacuum shut-off valve for each teat. This allows robot operators to take an inflation off each teat as it is finished being milked. Based on previous milkings, the robot knows which teat requires the longest time to milk and will attach to that teat first to improve efficiency. In a parlor, there is typically only one vacuum shut-off valve for all four teats. This means that two of the four could be milked completely dry, and could be feeling high vacuum levels while the other two are still producing milk.

In a conventional milking system, three teats are affected by the milking of the fourth teat. For example, if operators plug an inflation in a conventional cluster because they are only milking a cow with three teats, the pulsation would be different in the three operating cups than what the cow would feel if all four cups were attached.

A robot allows consistency in pulsation no matter how many cups are attached. Again, consistency is the key when it comes to milking cows.

Individual Adjustments You Can Make and KPIs to Watch

So, how do robot farms make these individual adjustments and what should they be watching for?

There are many ways to observe problems when looking at the information generated by a robot. There is a dashboard with various key performance indicators (KPIs). Some of these KPIs include box time, total milk produced, average milk per cow, failures, treatment time and milk speed. Any large change in these KPIs could be a problem. 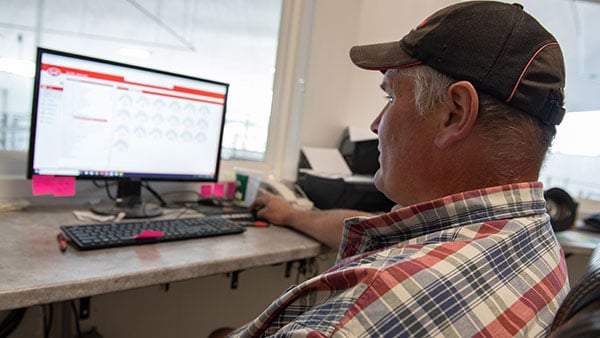 On the dashboard there is a seven-day average of the KPIs, as well as a previous 24-hour average. This provides operators a good comparison or basis for making decisions. These KPIs also use red, yellow and green gauges to let operators know if they need to be worried. The software also provides warnings, such as dead milk time on a certain quarter of a certain robot. This is a good indicator there may be issues with a channel of a pulsator.

The ability to customize pulsator and vacuum settings in automated milking equipment provides an opportunity to be precise and consistent with every milking and every cow. It can be more comfortable for a cow with a calmer milking experience.

Still curious about how cow comfort affects optimizing milk production? Watch our video to hear from the experts: