Dairy farming was never really part of the plan for Amanda Greaves, who grew up riding horses and had flirted with the idea of attending veterinary school.

So when presented with an opportunity to work as a dairy nutritionist, Greaves was understandably apprehensive.

But Greaves isn't one to back down from a challenge. Instead, she dove in with both feet, getting a side job milking cows at a nearby farm to learn the ropes.

"And I fell in love with the dairy industry," Greaves said.

As the Farm Management Support (FMS) advisor for LBJ Farm Equipment, Greaves is a major resource for dairy producers in the region. She helps farmers understand how to best use Lely's suite of automated milking and feeding products to accomplish their goals.

"I think that everybody is really, really happy with the reliability of Lely products," Greaves said. "As long as they maintain the robots, that predictability really allows them to live their lives without always worrying about what's happening at the farm. There's still a lot of work, but it's less stress." 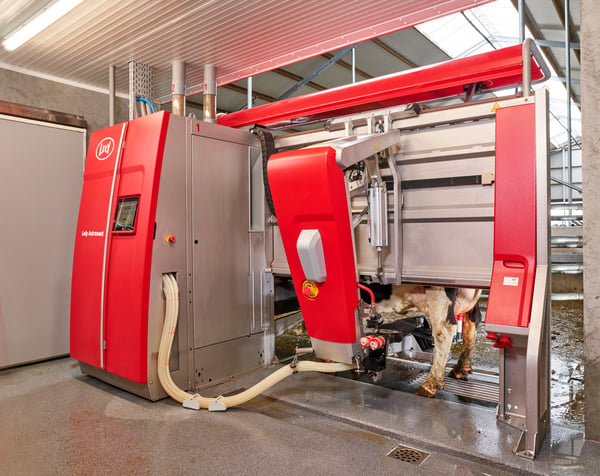 After nearly six years on the job, Greaves has become an expert at analyzing the many points of data recorded and measured by Lely machines. In addition to helping monitor cow health and milk quality, that information can provide invaluable insights into all aspects of farm oversight.

For example, the data could show that one group of cows is consistently underperforming. Further analysis could help identify the workers responsible for the animals.

"Maybe those workers don't yet know how to run things as efficiently as they could," said Greaves. "It's an opportunity to say, 'Hey, we noticed this happened. Maybe if we did things this way instead of that way, it would help.'"

Learning the Ropes of Dairy Automation

Greaves recalls a steep learning curve when she first began working in the dairy industry.

Fortunately, her side job as a farm hand proved to be an excellent way to learn the ropes. As her knowledge of the industry and day-to-day operations grew, so too did her understanding of a dairy farmer's needs and priorities.

Greaves said she was quickly drawn to the potential offered by robotic milking systems, particularly those offered by Lely.

"I really enjoyed the robotic side of things," said Greaves. "When the FMS position became available, I couldn't resist the opportunity to work with robotic herds full time." 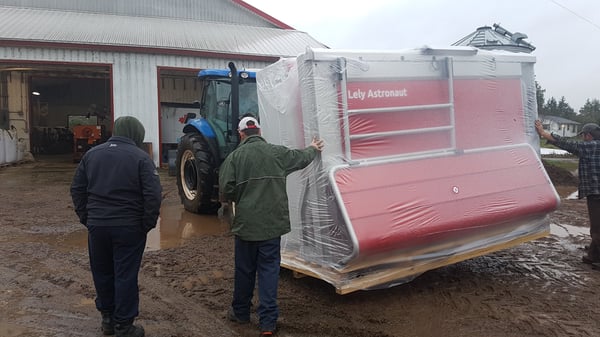 Greaves says her work as an FMS advisor is similar to her role as a dairy nutritionist.

"You're still doing many of the same things, consulting on all aspects of the farm," she said. "The biggest difference is you focus solely on robotic herds."

Automated milking systems have become more efficient, even in the six years Greaves has worked as an FMS advisor. She used to rely on blanket baseline settings for most of her farms. But now the data options have become so advanced that she's able to help each farmer tailor Lely robots to meet his or her needs.

"Now we can really individually customize those farms," said Greaves. "Every farm is going to be just a little bit different, but that's no problem at all."

Lely North America is proud to have hard-working experts like Greaves as part of the Lely family. Throughout June Dairy Month, we will be featuring #womenindairy Wednesdays that highlight women like Greaves who are involved with Lely farms and their community. Stay tuned for more to come and join our social media celebration by posting about the dairy women in your community throughout the month!