The Value of Lely Vectors 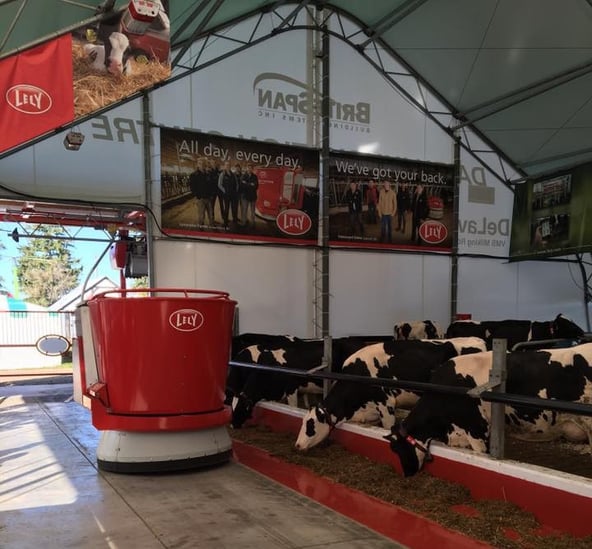 Dairy producers in Canada and the United States are seeing the value of the Lely Vector as they work to reduce feed costs and the time spent feeding cows. An automatic feeding system that ensures that there is always enough fresh feed delivered to the herd with no input from you? Sounds too good to be true, but with the Vector system, the feed-height sensor detects whether more feed needs to be added and provides feed only when strictly necessary. This reduces the amount of feed waste and increases the quantity of fresh feed.

That's what DR Vaandrager has experienced on his farm, Lavender Farms in British Columbia, since installing a Lely Vector in 2015.

“We went from spending two and a half hours every day feeding the cows to now we’re at about six to seven hours a week,” he says.

Dan Schreiner, Lely product manager, feed and barn, said the automatic feeder has the capability to work with a feed kitchen or a tower silo system. No matter which system you use, this unique setup allows for precise and efficient feeding while simultaneously increasing labor and fuel efficiency.

What is the effect of 24/7 fresh feeding?

Data from 17 Lely Vector farms was collected between 2011 and 2013. The following results were found when comparing farms one year before feeding with the Vector and one year after (note: farms started at different times; seasonality did not affect results):

How Much Is Your Feed System Costing You?