Stueber Farms Inc. of Stratford, Wisconsin, was first established during the early 20th Century and is now run by the third and fourth generations of the Stueber family. The Stuebers made the switch to dairy robots in January of 2019 and couldn't be happier with the improvements they are seeing as a result of Lely automation.

John and Mary Stueber, along with their two sons Jason and Jake, run a dairy that has been in their family for over a century. Before robots, the Stuebers were milking their 420 Holstein cows with a double-5 Surge autoflow parlor that was built in 1997. Up until 2018, the team had been milking the cows three times per day, but a shortage of labor forced the operation to cut back to two milkings a day. This was hugely detrimental to milk production, and the dairy dropped to an average of approximately 84 pounds per cow. Because of this loss of milk in the tank, the Stuebers knew they needed to find a new strategy to increase their production as well as solve their labor issue. 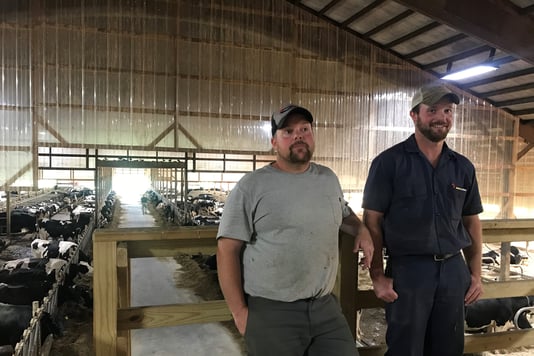 Jason was the main advocate for looking at robots, but Jake was somewhat hesitant. However, after taking a look at the numbers, Jake became open to the idea.

"You have to figure the true cost of having employees and what it takes to train them when you're considering robots and compare. If you look at the true cost and how inefficient our parlor was, the price tag of robots doesn't seem so big," Jake said.

Only 10 miles away from their dairy, the Stuebers connected with Seehafer Refrigeration for advice on next steps. The operation had already purchased a Lely Calm automatic calf feeder in 2016 and were pleased with its results, so turning to other Lely solutions was the natural choice. The Stuebers wanted to utilize the space they already owned with their original barn, that was built in 1997 and had a recent addition constructed in 2014. The decision was made to refurbish the barn with new stalls and build an additional 52 feet onto the facility to accommodate the robots. The operation had to cut their herd size down to 360 cows to integrate the robots into the space they had. The barn also includes sand bedding and tunnel ventilation to enhance cow comfort.

Prior to installation, Seehafer Refrigeration's Farm Management Support Advisor Jackie Plank visited Stueber Farms to assess the herd for robot compatibility. Uniform teat placement is important for the effectiveness of milking robots, and fortunately every cow in the Stuebers' herd met this criteria. In the end, the Stuebers decided to purchase six Lely Astronaut A5 robotic milking systems. As can be seen in the picture above, the robots are arranged in a three-in-a-row design where all six are housed in the same robot room, with three robots on each side. There are a total of two pens in the barn with three robots milking cows in each one. The Stuebers also invested in a Lely Juno automatic feed pusher to help with feed efficiency and consistency.

Plank also assisted the Stuebers in setting up the Time for Cows (T4C) management system, which provides real-time insight taken from data collected by the Lely Astronaut A5s. This reliable data can be used to analyze cow health, efficiency, milk production and more, which helps the Stuebers act strategically based on the T4C management system's predictions.

Startup of the six Lely Astronaut A5s began in January of 2019. The Stuebers' expectations were high for this transition, but were still exceeded by how smoothly the procedure went. From the beginning, milk production was already better with robots than the parlor, starting at an average of 90 pounds of milk per cow. Jake believes this was as a result of their planned construction process, which involved keeping the cows in the barn while the robots were being installed, allowing them to adjust to the robots over time. The operation continues to use the parlor for milking fresh and treated cows. 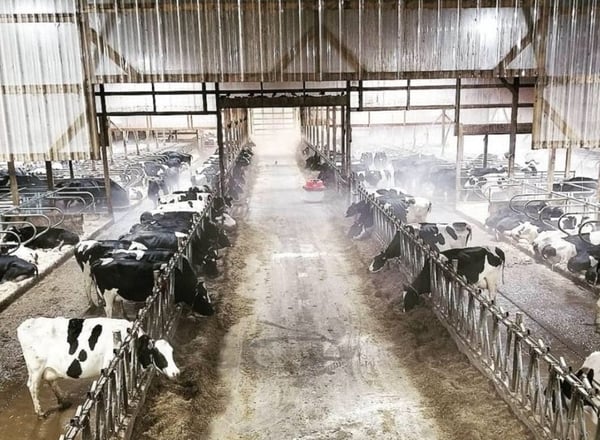 The Lely Calm automatic calf feeder has been a huge asset to Stueber Farms. It has saved the team from having to spend much time feeding the calves, and has increased their calves' growth rate. The Stuebers still spend the first week bottle-feeding the calves by hand, but once the calves transition to the Lely Calm, the only maintenance required is thoroughly cleaning the calf feeder twice per day. The operation still feeds a number of calves in traditional hutches, and the Stuebers have observed a definite difference between the two methods. When all of the calves are placed in the same pen, those fed by the Lely Calm are noticeably larger than those fed in the hutches. The Stuebers have also noticed that the calves that are fed with the automatic feeder transition better to grain, which is another benefit for their dairy.

Stueber Farms has seen vast improvements as a result of Lely robotic solutions, and are happy with their decision to invest in dairy automation. Their prior struggle to find enough able hands to milk cows in the parlor is no longer an issue. Before robots, the Stuebers were paying nearly $18,000 per month for parlor labor, and have seen that cut to $11,000 total for their monthly robot payment. They are also down to only themselves and two other full-time employees on the farm, and have much more flexibility to complete field work. Including the next generation of dairy producers in daily farming activities is very important to the Stuebers. In addition to their full-time employees, six of John and Mary's grandchildren help out on the farm after school and during the summer.

The Stuebers continue to be pleased with the performance of their Lely robots.

"The robots have continued to impress us. With the COVID-19, we slowed the culling of cows. We have been milking on average 370 to 375 cows producing in the high 90's for daily production. For the first two weeks of June, we have averaged over 6,000 pounds a robot," Jake said.

We are excited to hear of the Stueber family's success with Lely automation, and look forward to continuing to support them with innovative dairy technology! 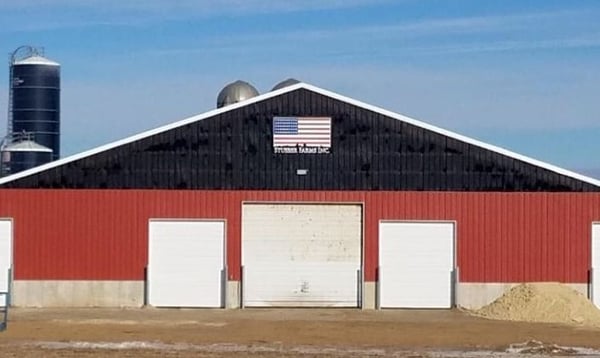