Lely Robotic Milking in the Abundant Lands of California

Four generations of the Giacomini family have been dairy farming in the bountiful lands of California since 1904. Today, Robert Giacomini Dairy provides fresh milk for the family's renowned cheesemaking facility, Point Reyes Farmstead Cheese Co. The dairy made the switch to Lely robotic milking in 2019, which has ultimately benefited both the family's farm and cheesemaking businesses. 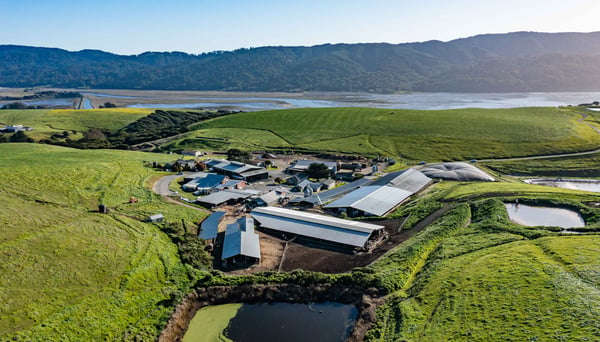 
In 1959, Bob and Dean Giacomini purchased the farm's current 720-acre site on Tomales Bay with 120 milking cows. During the past 62 years, they grew the herd to 450 cows and raised four daughters along the way. When they were young, the Giacomini girls wanted little to do with the cows. They went off to college and pursued their own careers off the farm. When Bob and Dean were about 60 years old, they gathered their daughters around the kitchen table to discuss the farm's future. They all decided to follow Bob's dream of starting a creamery using the dairy's high-quality milk.

In 2000, the Giacomini family launched Point Reyes Farmstead Cheese Co. The artisan farmstead cheesemaking facility produces California’s only classic blue cheese, which is made on the farm in Point Reyes. The creamery has won many awards for its delicious products, and cheese lovers across the U.S. now enjoy its variety of eight nationally-distributed cheeses.

Lely Robots Check All the Boxes

In 2018, Bob and the dairy's herd manager Brannon Areias knew it was time for an upgrade from their previous trigon milking parlor.

"Our previous milking barn was getting old and we knew we had to make some investments for improvements. It's getting tougher and tougher to find workers, and we could foresee it only getting worse," Bob said.

After a series of farm tours, Bob and Brannon were sold on Lely robots. Lely automation's free cow traffic vision, labor savings and increased production were just what the team was looking for.

"Our biggest consideration was that our cheese sales were increasing at the time and we needed more milk. We couldn't milk more cows, so we needed to increase our milk production per cow," Bob said. "We knew other systems would increase production, but require more labor. Robots increase milk production and reduce labor requirements."

In 2019, a new barn was built at Robert Giacomini Dairy with six Lely Astronaut A5 robotic milking systems arranged in the long L-shaped configuration. The dairy's local Lely Center TDR, Inc. made sure the operation's team had all the help and support they needed during startup. Although the first wave of startup had its ups and downs, the team felt more prepared and knew what to expect for the second one. Two further Lely Astronaut A5s were installed in the farm's old barn and are arranged in the tollbooth design. The dairy also invested in three Lely Juno automatic feed pushers for improved feed efficiency and four Lely Luna cow brushes for enhanced cow comfort.

Although an initial skeptic of robotic milking technology, Brannon is satisfied with the change.

"It's a tough concept to stomach at first, but it's getting more popular, especially among larger farms. About six months in, I knew this was it, the cat's meow," Brannon said. "I never thought I'd be using robots, but after taking the time to get through the process, I'm happy with it and couldn't imagine doing it any other way." 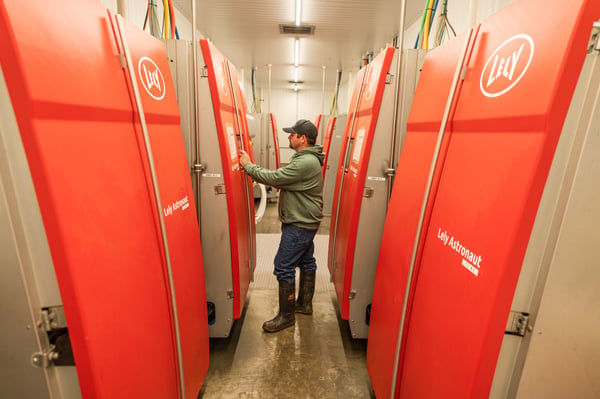 The Giacominis are pleased with how robotic milking has ultimately impacted their cheesemaking business.

"We love the fact that robots put the cows in control. When the cows are happy, they produce more milk, and more milk means more cheese from the happiest cows in California," said Jill Giacomini Basch, Bob's daughter and CMO of Point Reyes Farmstead Cheese Co.

Lely robots have ultimately reduced Robert Giacomini Dairy's labor requirements when it comes to milking. The dairy went from two full-time employees in the parlor to one full-time employee to manage the robots, freeing up one worker's time for other tasks around the farm. With robots, the dairy's herd is also producing more milk, partly because each cow receives more milkings per day than in the previous parlor system. They are currently averaging 91 lbs. per cow per day, 4% fat and 3.14% protein with 2.8 robot visits per day.

"We've been able to get more milkings per cow per day and more milk per cow per day with less labor. When we were initially approached with robots, it made sense. It was hard to see when the salesman gave his pitch, but after the transition you can see it," Brannon said. "We're milking less cows and getting more milk. I feel like robots are a great benefit to the operation." 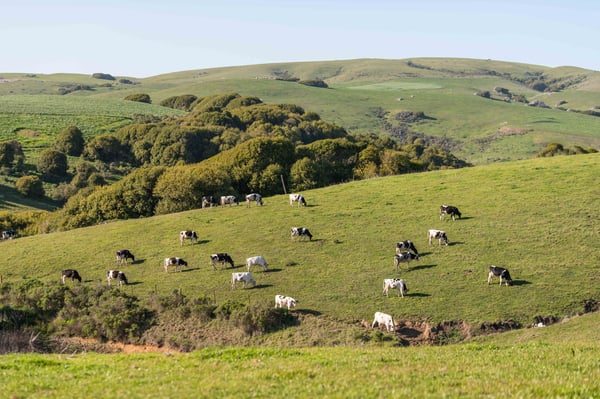 Although Bob still oversees the dairy side of the Giacomini's business, his daughters Jill, Lynn and Diana became the sole owners in 2010. As a business that is 100% owned by women, Point Reyes Farmstead Cheese Co. has since been awarded official certification from The Women's Business Enterprise National Council (WBENC) as well as a Women-Owned Small Business (WOSB) certification.

The Giacominis continue to evolve their dairy and creamery businesses, and Lely North America is proud to work with such an innovative family!