Oldenkamp Farms of Tillamook, Oregon, has experienced much success since transitioning to automated milking and feeding. This operation's two Lely Vector automated feeding systems have greatly decreased the dairy's labor requirements as well as its utility costs. 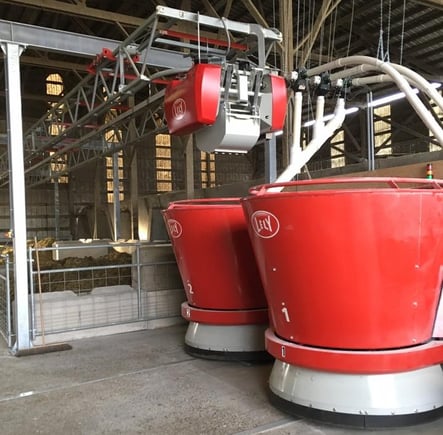 Joe Oldenkamp and his parents first purchased Oldenkamp Farms in 1975, and started off by milking around 70 cows. The farm has grown considerably since then, now milking approximately 350 head of half Jerseys and half red and white Holsteins. Joe and his wife Sheri run the farm with their two boys, Luke and Ben. The operation also includes 350 acres of grass and corn farmland, which is harvested as silage to provide all of the herd's forage. When the operation had a parlor, the Oldenkamps were typically focused on management and other tasks around the farm. However, due to the shortage of labor, they had to start milking as well. This labor issue led the team to taking dairy robots into consideration. 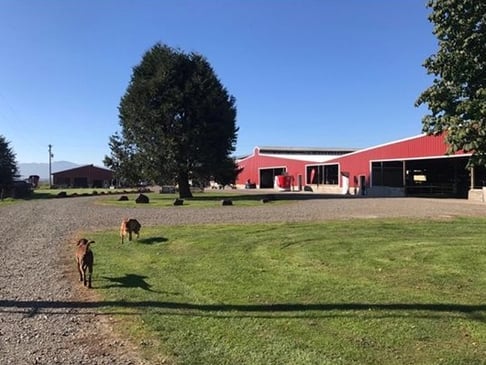 The Oldenkamps' local Lely Center was responsible for drawing them to Lely automation. Kurt Mizée of Priority Robotics of Tillamook Inc. is a dairy producer himself, and the Oldenkamps were confident he would take good care of them because he understands what it is truly like on a farm. They also felt that Lely truly cares about its customers, and provides a high-quality machine. To supplement their lack of milking workers, the Oldenkamps decided to purchase six Lely Astronaut A4 robotic milking systems.

The family chose to retrofit the milking robots into their original barn, using four separate pens as can be seen in the barn layout pictured below. The operation's herd is divided four ways, depending on both breed and age. One robot is dedicated to the Jersey heifer pen, two tandem robots milk the older Jerseys, two tandem robots milk the older Holsteins and one robot milks the Holstein heifers. The dairy milks two different breeds of cows due to the fact that they are paid premiums by creameries for high fat and protein components. The larger Holsteins provide quantity, while the Jerseys produce better components. 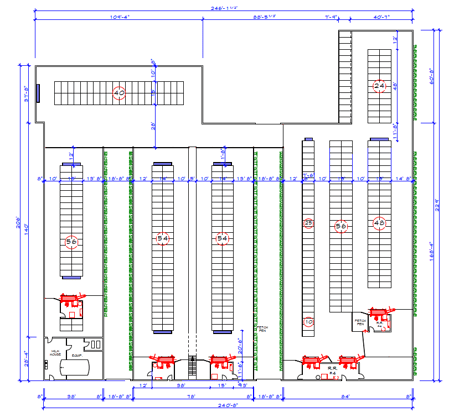 The dairy began robotic milking on June 14, 2018. The team from Priority Robotics was there 24/7 for the first week to help with the process. A group of around 25 people arrived on the first day from the Lely Center, and they started milking with all six Lely Astronaut A4s at once. Farm Management Support Advisor Denis Langlois from West Coast Robotics was also on site to support the transition, and offered experienced service during the switch. The Oldenkamps observed a difference in the two different breeds when it came to adapting to the robots, although both were relatively easy to train. The Jerseys are smaller, known for being particularly curious and most eager to eat, so they caught on quickly to the robots.

After nearly thirty years of milking in a parlor, the first day milkers didn't have to show up and the vacuum pump was shut down was a big and happy day for the Oldenkamps. The operation has repurposed the parlor, and herd checks as well as foot baths are now conducted in the building. The team hopes to retrofit the old parlor with two more Lely Astronauts someday. 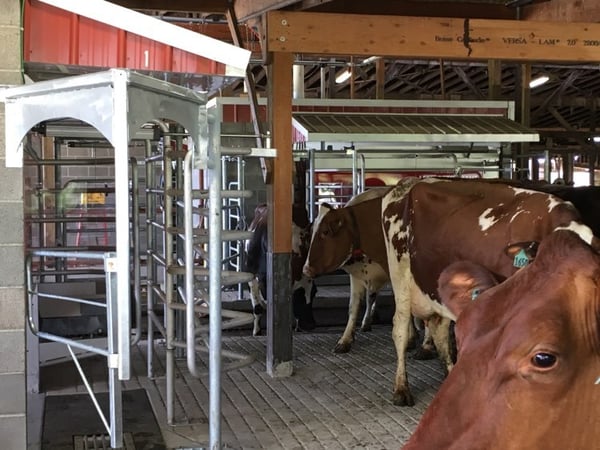 The team was also spending up to eight hours a day feeding their herd and wanted to find a new method to reduce this labor-intensive task. Choosing to invest in two Lely Vector automatic feeding systems has drastically reduced this daily labor time to 45 minutes, and only requires a daily restock of the kitchen. The transition to automated feeding was also nearly effortless for the team.

"It doesn't get any easier than turning on that Vector and watching it feed your cows," said Luke, who is responsible for managing the robots.

He is also happy to report that the ration accuracy of the Lely Vector is currently at 99.8%. Their current feed mix includes ground corn with a protein mineral mix, and being able to ration this accurately is hugely beneficial to the operation. The Lely Vectors feed about 28 loads across five mangers on the farm everyday, but could go up to 35 if needed. The operation has also seen a dramatic decrease in the dairy's diesel bill, dropping approximately $1,000 per month after switching to automated feeding. The Oldenkamps are also very pleased with how little maintenance is required of the robots. 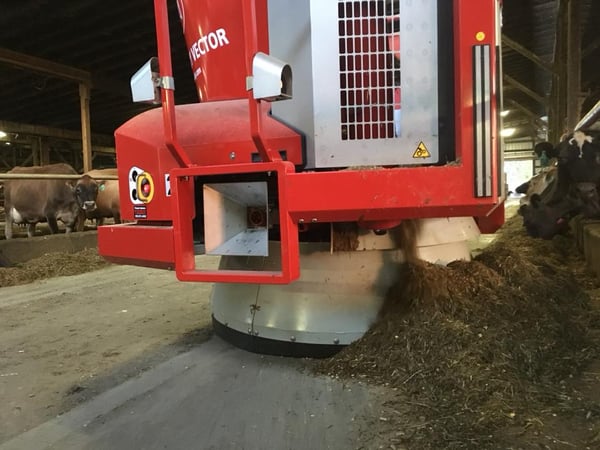 After transitioning to Lely automation, Oldenkamp Farms has gone from eight full-time employees outside of the family to just three. Overall, labor has become much less intensive on the operation, and tasks are more enjoyable. The work day has been changed significantly as well, allowing staff to begin at 4 a.m. and finish by 6:30 p.m, whereas the pre-robot schedule went from 1 a.m. to 10 p.m. The longevity of the cows has also been affected by robots and the operation has seen a gain in older animals. A fifth lactation cow recently peaked at an impressive 196 pounds of milk and they saw an eight lactation cow peak at 180 pounds. The herd is noticeably more calm and friendly, and Oldenkamp Farms' improved production shows how Lely's prioritization of cow comfort enhances results. We are glad to see the positive effect Lely automation has had on this dairy!