Immigrating from Belgium in 1955, the Louwagie family of Hillmanor Farms has been dairy farming in Ontario since 1960. Since its inception, the operation has expanded and utilized a variety of milking systems. Eight years ago, owners Frank and Heather Louwagie chose Lely robotic milking for the further growth opportunities it would offer their farm. 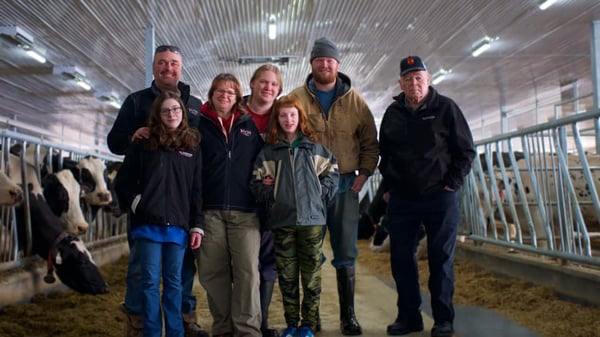 Frank knew automation was the best choice for his dairy for a variety of reasons, including the ever-growing labor challenge dairy producers face today.

"I knew we had gotten our cows as far as we could take them for production in the parlor setting. They had plateaued. I knew people were part of the problem with inconsistent milkings," Frank said. "I also got frustrated with bad employees, and knew robots were the way to go. Eighty days later, we started up with robots."

In 2013, three Lely Astronaut A4 robotic milking systems were retrofitted into the farm's existing freestall barn. With the transition came a whole new outlook on dairy farming for Frank. 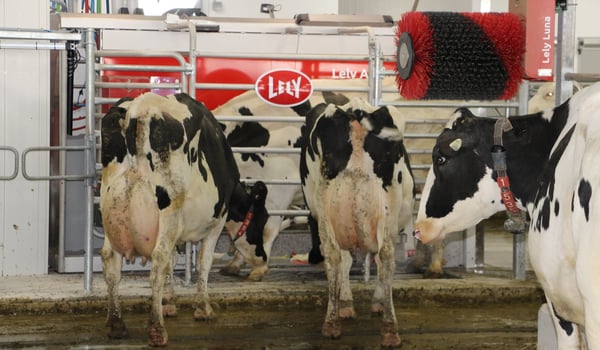 With a more enjoyable dairy farming lifestyle came the desire to further expand. In 2018, Frank began exploring possibilities for a brand-new, cross-ventilated facility. He visited Homestead Farms in Indiana that milks its large herd with 36 Lely Astronaut A4s in a cross-ventilated barn, and he was sold on the idea after seeing how cool the barn stayed in the hot August weather.

Hillmanor Farms' 150-head herd was officially moved into their new, cross-ventilated barn in November of 2020. Four new Lely Astronaut A5s were also installed in the new build in the L-shaped layout that helps the dairy's staff with sorting special needs cows. The barn is built to house 250 cows, and the team has used the additional space to custom robot train external herds for other dairies to help ease their transitions to robotic milking. 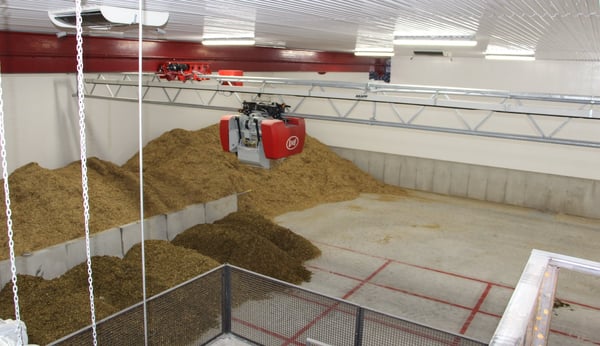 Robotic Feeding is the "Cat's Pajamas"

A Lely Vector automatic feeding system was also installed in the new barn, with one mixing and feeding robot (MFR) and feed kitchen. All dairy producers know that in order to achieve high production, you need to have constant feed in front of the cows. As the only system in the industry to run automatically according to a herd's eating behavior, the Lely Vector ensures that Hillmanor Farms never sees an empty bunk and has increased the herd's dry matter intake.

"The Vector really does work well. I love it. I think it's the cat's pajamas," Frank said.

In comparison to his previous feeding system, the Lely Vector has also given Frank a lower cost of ownership, reduced overall feed costs and a lower depreciation rate.

Overall, the new facility has provided a better environment for the herd with improved air quality, feed consistency with the Lely Vector, cow comfort and more. This ultimately led to a jump in the average production per cow per day, going from 86 lbs (39 L) to 99 lbs (45 L). The herd's average fat is currently at 4% with an average protein of 3.3%. The average animal lifespan has also increased by one year since Hillmanor Farms started utilizing Lely milking robots.

Frank and his team have worked closely with their local Lely Center, Avonbank, and appreciate their partnership. 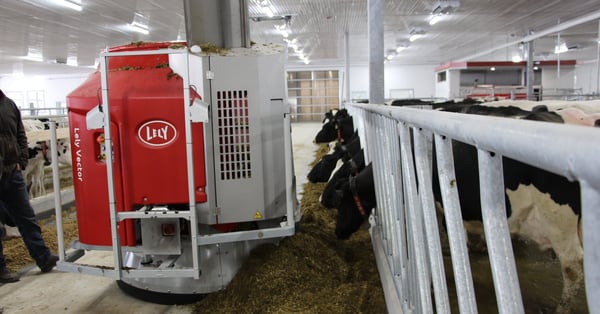 Frank has noticed a definite difference in his herd since making the transition to robotic milking.

"I really like how the cows are now. They are so peaceful that they are a pleasure to work with. They're just so calm," Frank said. "And we weren't rodeo cowboys in our other barn, but having to move them into a parlor twice per day was just different. I was reminded recently of what a parlor was like at another barn with a more heightened flight responsive herd."

Frank is a firm believer in Lely automation.

"I love the milking robots, I wouldn't give them up. They unlock so much potential in cows," Frank said. 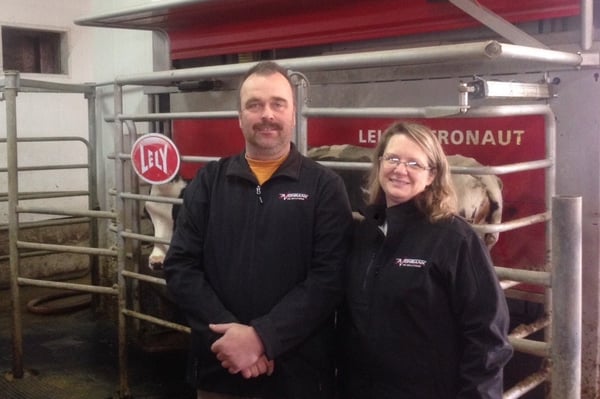