The Schmidts of Hickory Lawn Dairy have been farming in Cascade, Wisconsin, for nearly 75 years, and knew they needed to make big changes to their operation to remain viable in the dairy industry. After many years of planning, the operation now has a new, state-of-the-art barn where they have been milking 100% of their herd with Lely automated solutions for nearly a year.

If you are a dairy farmer and have an interest in learning more about Lely dairy robotics, join us for the Red Cow Revolution Tour! Deadline for registration is March 15, 2020. Click below to learn more! 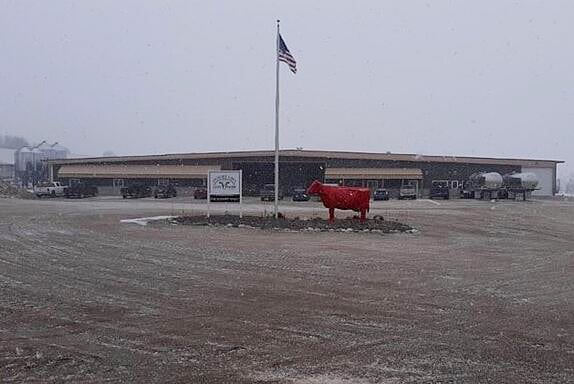 Hickory Lawn Dairy was founded in 1945, and is now owned by Neal and Diane Schmidt, who operate the farm with their son Jeremy and his wife Carla. The farm had been milking in a parlor since 1977, and now have 720 cows. The farm will be passed on to Jeremy someday, and he knew the dairy needed to change its methods in order to maintain this big undertaking in the years ahead. It has been difficult for the operation to find enough workers in their rural community, and the Schmidts needed to find a way to lighten the load for both them and their employees. The family decided to tear down the buildings they built in the 1970s for a new barn, and turn to dairy robotics to supplement their labor. 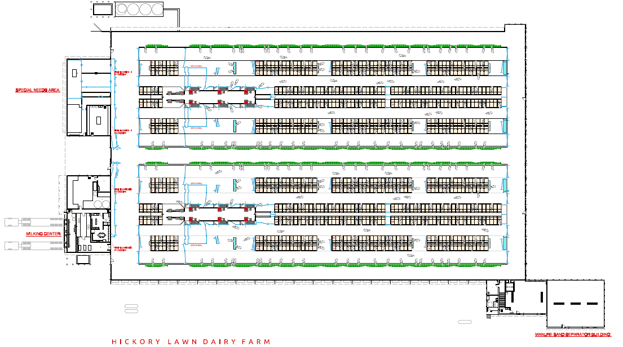 As the result of five years of planning, touring and designing a barn to fit their management style, the Schmidts now have a cutting-edge, cross-ventilated facility. This new building houses 12 Lely Astronaut A5 robotic milking systems and two Lely Juno automatic feed pushers, which began operating in May of 2019. The Schmidts decided to invest in Lely solutions because competitor robots couldn't compare to Lely's quality. As can be seen in the image above, the barn layout includes a three-in-a-row robot design, with three robots in each pen supporting 180 cows. There are a total of two robot rooms with six robots apiece, one of which is pictured below. 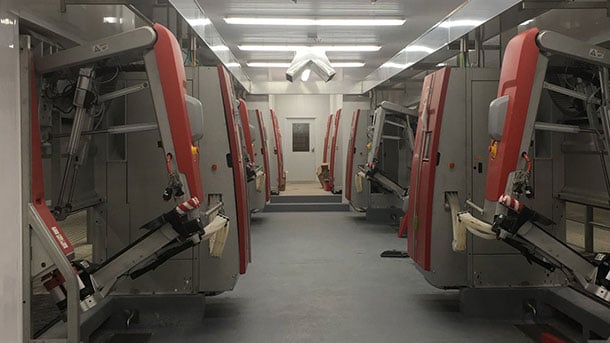 To prepare for the transition to milking robots, Jeremy went to help other farms during their startups, which gave him a better idea of what to expect. When milking began at Hickory Lawn Dairy, staff from Lely Center Central Ag Supply Inc. and many people from the community came together to pitch in. Within two weeks of the startup, the Schmidts were able to milk with only the Lely Astronaut A5s and shut down their parlor. The transition was even smoother as a result of the breeding the Schmidts had done for the five years leading up to startup to have cows best suited for robotic milking.

Hickory Lawn Dairy is also one of the first direct tanker loading facilities in the state. Unlike most conventional dairies, the operation doesn't store milk in a refrigerated bulk tank that is eventually pumped onto a tanker truck by a milk hauler. Instead, the farm has three bays and tankers, where milk is rapidly cooled after milking and immediately loaded onto a tanker trailer. The system is able to read the pounds of milk, and when the limit is reached, it switches to the next tanker in line. Once all the tankers are filled, a message is sent to the milk delivery company and a truck is dispatched to pick up the tanker. This impressive automated system has greatly increased the efficiency of Hickory Lawn Dairy.

The staff at Hickory Lawn Dairy are very pleased with the installation of the robots. They now have the flexibility to do other work around the farm, rather than the same tedious task of milking all day long. The Schmidts are appreciative of the fact that they now don't have to worry about having enough hands on the farm to milk the cows. Neal pointed out that the overall atmosphere on the dairy has changed for the better. The employees are happier with a wider variety of responsibilities and the cows are more pleasant because they are no longer being pushed into the milking parlor. Jeremy has also reported that the herd is shipping more Energy Corrected Milk per cow than ever before. We are happy to hear of Hickory Lawn Dairy's progress in the past 10 months, and look forward to seeing the Schmidts on the Red Cow Revolution Tour! 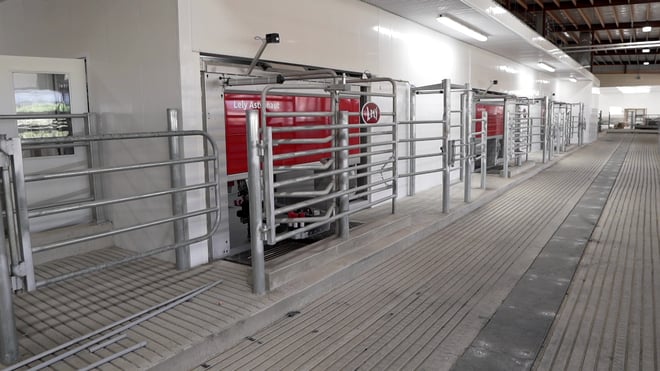