How Genomics is Changing Breeding

Matthew Costello, Genetic Product Manager for CRV USA, spoke at the Lely Farm Management Support conference last spring about genetics and robot operations, and shared some of his insight on genetics and the dairy industry. 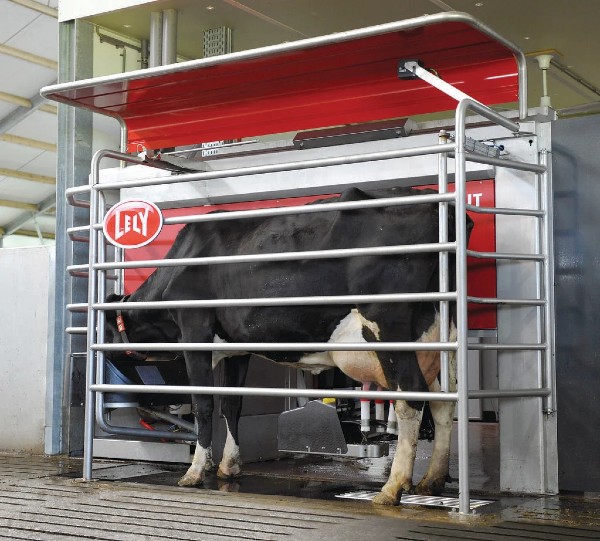 Throughout the 20th century, dairy genetic data collection and analysis has been centered on phenotypic responses and then connected to a sire proof. Pedigrees, milk testing and type-trait evaluations created sire proofs. Until the late 1990s to 2000, there had been minimal changes in the systems.

However, within the last 10 years, the dairy industry has shifted to a “genetic based” breeding system. The amount of commercial monitoring systems available on the market has sky rocketed. The increase in automated milking systems as well as the ease of data collection and amount collected has significantly improved compared to the traditional data collection systems.

“The onset of genomics in 2009 has changed breeding forever,” said Costello. “Sixty percent of of A.I. breedings in the United States in 2016 were to a young genotyped sire. Commercially available tests for females are enhancing how producers make breeding decisions. Now, we no longer need to wait three years to know how an animal will perform. Genomic tests can be more than 70 percent reliable. With more robot farms, an increase in the amount of data collected on farms that can be correlated to genotypes has grown tremendously and it is up to innovative companies to work together to enhance the breeding strategies on dairy operations.”

For Costello and his family’s operation, their breeding and reproductive program changed quite a bit after installing milking robots on their farm in 2015.

“The robots provided much more information for us. So, in addition to putting an emphasis on confirmation and production rates, we expanded to look at health and fertility data, particularly some of the robot data that is available to the market and we added those into our criteria to ensure that our next generation of cows that come into the system are going to be the type of cows that thrive in the system,” Costello said. “From a reproductive standpoint, we rely heavily on the pedometer system as well as synchronization protocol so that we can ensure that our pregnancy rates are at the adequate level for success.”

Costello said the future is unlimited for breeding and traits. The amount of data provided from a variety of sources (including automated milking systems) is tremendous and it often creates a data overload for farmers and for companies that are receiving and processing that data.

“It is up to those companies to create the traits that robot producers and other producers will need,” he said. “I think we will continue to expand on some of the breeding values that are available for hoof health and fighting infectious diseases and also more traits specifically in the components of milk aside from the regular milkfat and protein."

“The genetic traits of the future are here,” Costello added. “Producers have the ability to breed cows for robot efficiency or for milking interval and some companies even offer genetics for lameness, hoof health and other management issues. Now from a genetic selection aspect, producers can start to make improvements on the genetic level and that will really take us to the next level of dairy genetics and the dairy industry as a whole.”

Automated milking systems provide a tremendous opportunity for family farm operations. And now, the robots work for the large dairies as well.

“I think we’ll see farms work more closely with processors to create the milk they need for specific needs – such as butter or cheese versus those going to organic or fluid markets,” said Costello.

Robots provide a tremendous amount of data to producers who can take the information and to look at how they can make to their operation more efficient.

“The Lely FMS advisors are excellent contacts for producers. They can go to an FMS advisor and see how they can improve operations from very specific aspects. Producers should be willing and be encouraged that they have these resources and can work with their team -- their veterinarian, nutritionist, Lely experts and their genetics company -- to take that next step to become more efficient and more productive.”

Matthew Costello grew up in eastern Iowa on a 70-cow registered Holstein farm and holds a degree in Dairy Science from Iowa State University. He has a passion to work with dairy producers to support their genetic programs, especially robot operations.