Franck Family Rebuilds Dairy with the Help of Lely Robots

The derecho of August 2020 wreaked havoc across much of the Midwest, and the Franck family were amongst those whose lives changed that day. When the family emerged after the storm, they found their entire barn wiped out. In the wake of the devastation, the Francks were faced with the difficult decision to either quit the dairy business or rebuild. Fortunately, the seven Francks were united in their choice to build upon the footprint of their old barn and turn to Lely robotics.

Ron Franck's family has been dairy farming since his grandparents' day and have been milking cows at their current location in Newhall, Iowa, since 1972. Ron, his wife Joan and their five kids are all heavily involved on the farm.

When the derecho ravaged through Franck Dairy, it tore right through the 22,000-square-foot barn and milking parlor. 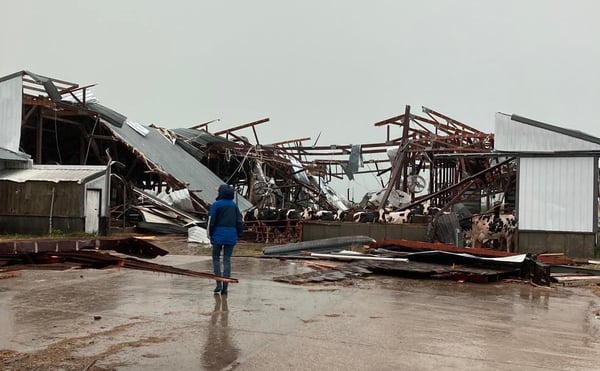 Miraculously, most of the cows survived the disaster. With their parlor system destroyed, the Francks immediately moved their cows to nearby dairies that offered to temporarily house the cows. The family is very grateful for the helpful hands within their local dairy community.

In the aftermath of the storm, the Franck family had a big decision to make. While the five Franck kids didn't mind milking cows, they were tired of having a milking system that required extra hired help that wouldn't always show up to work. Even before the derecho, the family had started talking to Leah Lange of Precision Dairy Equipment about Lely milking robots and were intrigued by the reduced labor requirements. Aged 13 to 25, the next generation of Francks were committed to keeping up the family business, and knew automation was the best choice for their future.

"We sat down to dinner one night, and took a vote. It was unanimous that we go with robots," Ron said. "It was either robots or get out of the dairy business."

The seven Francks dug in and worked together to clean up the mess. After nearly a year of cleanup, the new free stall barn was finished in August of 2021 and the dairy's 190 cows finally got to come home. Startup began with the operation's four brand-new Lely Astronaut A5 robotic milking systems on August 31, 2021. The Franck family was excited to start the next chapter of their business.

"We had worked so hard with cleaning up the mess, I was worried we'd be too burned out when we faced the challenge of startup. I thought keeping it together mentally would be a big issue, but we had a lot of family and friends pitch in and help," said Ron. "Leah said everyone would be happy to have the cows back, and she was right. Once we had them back, we got right back into the groove."

The new barn features two different robot configurations: tollbooth and L-shaped. Heifers and Jerseys are milked with the two robots in the tollbooth pen and older cows are in the L-shaped side of the barn.

"I wouldn't want to do this at a dealership that didn't have someone like Leah. I like Leah. She is very good at her job and brings a wealth of information to the project. She's just been someone that we'd be hard pressed to do without," Ron said. "She helped us with the building design, cashflows and what to expect logistics-wise with cows. Precision Dairy Equipment's been great every step of the process."

The Francks are just four months into robotic milking and are already seeing the benefits. With the old parlor system, the dairy's herd was producing in the mid-80 lbs per cow per day with two milkings per day. With robots, they are now seeing a daily average production of 88 lbs with 2.8 milkings per day. The herd's average protein is also at 3.4% with an average butterfat of 4.1%.

"We're better now than what we were, and more consistent. I hope we can keep getting better," Ron said.

The Franck family is also starting to enjoy the flexibility that comes with Lely robots and seeing the benefit of having fewer required people in the barn.

"I can get up and come to the barn early and do my thing and nobody else has to be here to help me. The kids like to stay up late and can take care of things late at night," said Ron.

The team at Lely North America is proud to welcome such a hard-working family to the Lely community, and we're excited for what's ahead for the Francks! 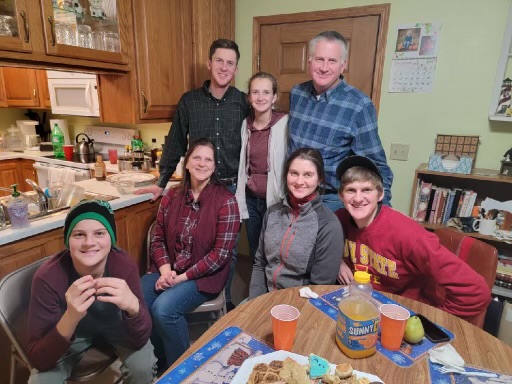