Mickey Aylard is a fourth generation farmer of Brackenhurst Farm on Vancouver Island, British Columbia, Canada, where her family has been dairy farming since 1930. Read on to learn how Lely robots have allowed those on the farm to make milking and grazing work seamlessly together and have ultimately led to improved production and cow welfare.

Mickey, along with her dad and brother-in-law, work on the completely family-run Brackenhurst Farm, which includes dairy cows, beef cattle and around 300 acres of farmland. Mickey loves managing the farm's 100 dairy cows, and wanted to make an upgrade from their farm's parlor. She was looking for a milking system that would both improve the lives of her cows and resolve the challenging issue of finding workers in the area. The farm also grazes its herd intensively, and wanted to find a method that would make milking and grazing work together. 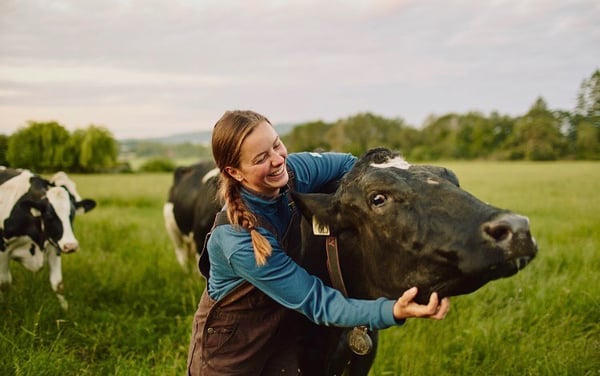 With these needs in mind, Mickey and her team knew Lely dairy robotics were the right choice for their vision. Not only does Lely's robotic milking system require less labor, but it works with the same management system as its automatic selection box, allowing cows to go out to pasture when they need to. They also knew Lely's teat cup attachment capabilities outperformed competitor robots, with features such as the teat detection system.

Milking and Grazing Work Together with Lely Robots

Brackenhurst Farm installed its Lely robots just in time for spring grazing in March of 2018. The dairy retrofitted two Lely Astronaut A4 robotic milking systems into its existing barn, and arranged the robots in a small L-shape design. This barn layout is know for its sorting capabilities, and each cow in the main pen has access to both robots while cows in the special needs pen have access to one milking machine. They also invested in a Lely Grazeway selection box, which determines whether a cow can go outside to graze based on the linked milking robots' data. When the cow chooses to graze, the Lely T4C management system determines whether she still needs to be milked, and she is either guided back into the barn for a milking or allowed outside. The combination of these robots has ultimately given the dairy more efficient grazing management capabilities.

Prior to startup, Mickey and her family spent quite a bit of time training with the team at West Coast Robotics. Their local Lely Center's team helped them set up Lely T4C and showed them how to break down the robots' data. West Coast Robotics' team was onsite 24/7 for the first five days of startup. Following the first week, farm management support (FMS) advisor Denny Langlois checked in frequently to help Brackenhurst Farm's team better manage their herd with the robots, and still pays regular visits today. The Lely Center's team has been a key partner to the family, with technicians who have always picked up the phone and never let a question go unanswered.

Once the operation started milking with the robots, Mickey was excited to have so much data about each individual cow right at her fingertips.

"We went from not getting any data with the parlor to getting so much everyday. Having the fat and protein levels is really helpful in making decisions. I also really like the somatic cell counter and rumination information. We're now able to be preventative before issues happen," said Mickey. 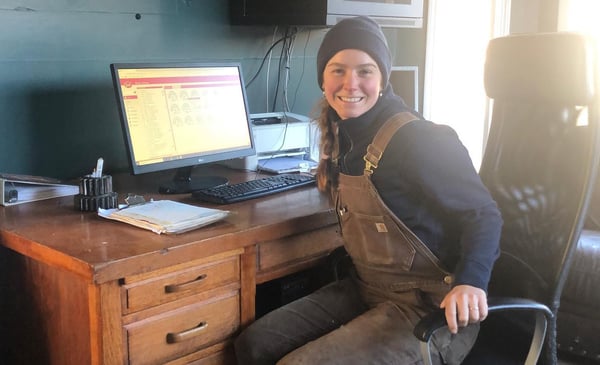 Since making the switch to robotic milking, Brackenhurst Farm has seen many improvements. The operation now produces more milk with less cows, and has seen a 15% average increase in milk production at 2.9 average milkings per day. The dairy also collects an average of 35 kg/77 lbs of milk per cow per day (up from 30 kg/66 lbs in the parlor), as well as 4.3% average fat and an average bulk tank SCC of 150,000. Their cull rate has also gone down, with less foot and leg issues occurring that were once attributed to standing in line for the parlor.

Mickey has certainly seen a change in cow welfare since transitioning to Lely robots. The cows are considerably calmer, and their udder and foot health has improved. Not only have the cows' lives improved, so have the lives of her family. They have never been more rested, and were able to actually have Easter dinner together for the first time.

"The way of life for us as farmers and for the cows is much better all around. I wouldn't say we've gained a lot more time, but we're sleeping two more hours in the morning and have more flexibility. Being done at 5:00 was unheard of before robots and now it's possible."

We're excited to hear of the positive impact that Lely robots have had on Mickey's family and their cows, and are proud to have them as part of the Lely family! 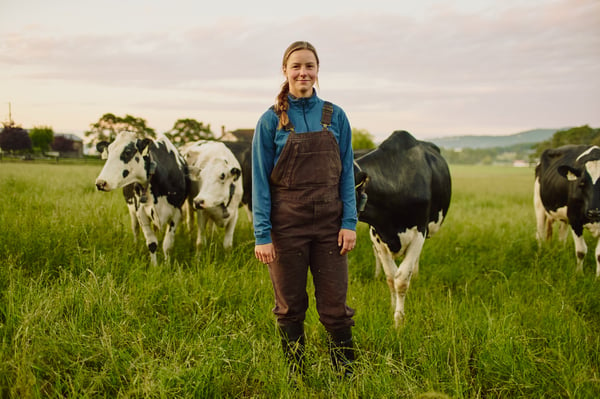 Stay Up-To-Date on the Latest Happenings in Dairy Automation