On a family dairy farm in Harbor Beach Michigan, Darrin and Barbara Siemen raise their three children to understand the value of hard work. Elliott (14), Adrienne (12) and Riley (8) help their parents on the Prime Land Farm by feeding chickens and goats in the mornings before school, and take turns feeding calves. The Siemens also find it important to encourage their children to be involved in activities and groups, such as the local 4-H club. 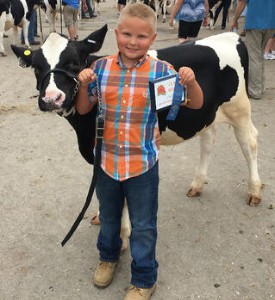 "We recognize the 4-H program has a legacy of leadership that can benefit our children in the future,” Barbara Siemen said. “We want them to be a part of it.”

Though the Huron Community Fair does not have a class for the Pro-Cross cattle the Siemens raise, the kids take feeder calves to show. All kids took calves to the fair in 2017 and Riley won his class with his dairy feeder calf, Jack, who weighed 477 lbs. Elliott had a banner year as he entered a pure-bred Jersey heifer last minute and won not only the class, but Reserve Champion for protein breed.

With 335 dairy cows being milked on a daily basis at Prime Land Farm, it is not always easy for the Siemens to be away from the farm. The addition of four Lely Astronaut robotic milking systems in December of 2014, and an additional two since, has made it possible for them to support their children in the various activities they are interested in.

Learn more about the Lely Astronaut and how a robotic milking system can help you gain more freedom and control in your dairy operation. 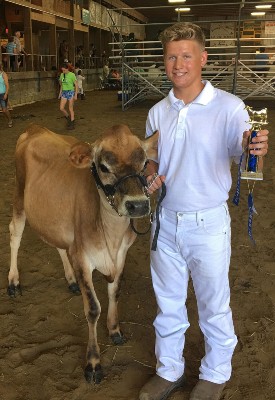 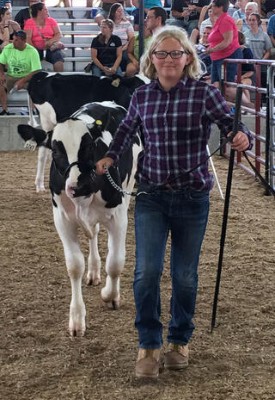