We had the opportunity to sit down with Dairy XL development manager Preston Vincent and Dairy XL sales specialist Austin Day to learn about some of the common questions they receive about implementing milking robots in large-herd dairies throughout North America. Using their answers, we have put together a list of common myths about robotic milking and what the facts actually are. Who knows, maybe we can challenge some of your own perceptions! 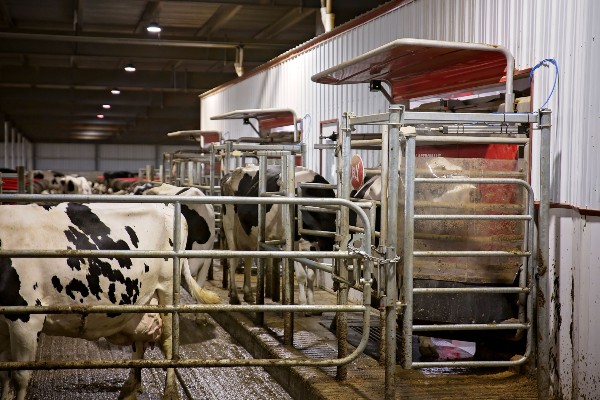 We have seen cows successfully transition to milking robots across the globe for more than 25 years. This success has been shown in herds of less than 60 cows and more than 3,000 cows. Now, we're not going to deny that some cows adjust to change easier than others, and not every udder is meant to be photographed for the World Dairy Expo winning picture. Each cow has her own quirks after all, just like humans. That’s why our team designed the arm of the Lely milking robot to move with the cow, constantly “learning” the udder and re-scanning to adjust to the growth of a heifer into a mature cow.

On the contrary, cows often embrace robotic milking easier and quicker than humans. In fact, the herd frequently becomes more relaxed and productive when they don’t have human interference and get to choose when they are milked.

According to the Journal of Dairy Science, when automatic milking systems are paired with free-cow traffic, milk production will increase.

Let's face it. It’s not a guarantee that everyone will perform a task in exactly the same way. A milking robot performs the same sequence of tasks 24/7, making it your most reliable employee. Worried there’s a problem? Don’t be. The milking robot will call you when an issue arises.

5. Cows fed by milking robots waste so much feed - false

These cows are able to receive customized amounts of energy in the feed bowl each time milk is harvested at the robot.

The certified team of Lely professionals is dedicated to partnering with all farms, both large and small, to design an optimal layout for long-term efficiency. More output, labor and animal welfare are concerns that dairy farms face today. These issues are somewhat related, and the good news is, so is the solution – automation. Join the team with more than 30,000 robot installations worldwide, more than 600 certified advisors and more than 25 years of experience in automated dairies.