Milky Way Farm is no stranger to merging old with new 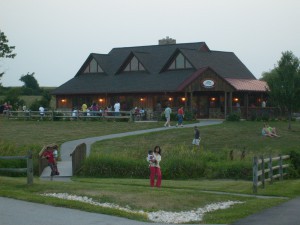 Nearly three decades ago, Milky Way Farm decided to open their fields up to the public for one month a year to sell pumpkins. Right off the Schuylkill Expressway, families would come to ride the hay wagon, get lost in the maze, walk through the fields and partake in some ice cream. Eventually customers inquired about the origin of the ice cream and the Matthews family decided it was time they made it themselves, launching the Chester Springs Creamery in 2001.

Managed by Carolyn Matthews Eaglehouse and her husband Lou, the creamery operates with 30 Holstein-Friesian milking cows as well as 30 young calves and heifers, which are owned by Milky Way Farm. While most of the milk is sold to Land O’Lakes Cooperative for processing into various dairy products, a portion is retained for bottle sale at the Milky Way Farm and to use for the ice cream popularized during the fall pumpkin picking. 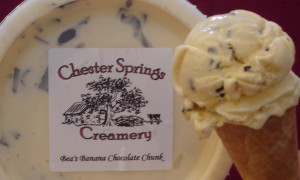 To help with the milking process, the creamery installed a Lely Astronaut Robotic milking system in 2001.

“We were actually one of the first seven farms in the U.S. to get a robot,” Eaglehouse said. “It has changed the course of history on our farm.”

The farm is now on its second Astronaut, which resides in a 200-year-old barn. Eaglehouse said having the robot in the barn is a unique melding of cutting edge technology with traditional structures.

Not only does the Milky Way Farm serve as dairy, but Eaglehouse classifies it as an agricultural education facility.

“We want to educate people as much as we want to make dairy products,” she said. “The robot is helping with that. When we first had the robot installed, we put in a viewing window so visitors could see it in action.” 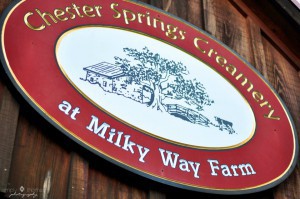 Eaglehouse views the robot as a symbiotic part of the farm, one that has improved the quality of life for the cows and for the labor on the farm.

“Honestly, we wouldn’t still be in the dairy industry if we didn’t have the robot,” Eaglehouse said. “It allowed our farm to transition into the next generation and continue our farming traditions.”

Eaglehouse said the farm has seen a production of increase of 10 percent to 15 percent per cow, without a drop in quality to the milk. Not only have they seen an increase in production, but Eaglehouse said the robots have been incredibly reliable, and in the instances when they need support, Lely Center Fisher & Thompson Incorporated have been there to provide support and maintenance.

“They’ve given us a great support network,” she said. “They’ve been great and really responsive to our needs.”

You can learn more about Fisher & Thompson Incorporated at www.fisherthompson.com.