Support in far off places

When it comes to Lely support and service, no one is on an island, even when they are literally on an island. 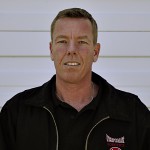 nvoorde is in the unique position of being a Lely technician on Vancouver Island in British Columbia, Canada, working for West Coast Robotics, who’s main shop is a mere 230 kilometers (about 143 miles) and a ferry ride across the Salish Sea away from him.

“Some people have a difficult time deciding if robotics and other innovative products are right for them,” Duivenvoorde said. “They wonder about the service they will get from the dealership, especially if they are located in a remote region, but Lely is committed to everyone.”

Duivenvoorde said, because of their locations, these farmers have become experts on making decisions based on service and reliability.

“The importance of service and reliability of milking equipment has never been greater,” he said. “These farms are prime examples of proving we at Lely stand by that.”

Before Duivenvoorde was hired on and trained to provide service to farms on Vancouver Island, he said West Coast Robotics initially rented a house and placed a temporary technician in the area, making sure the milk producers were never without aid and have since then established a permanent division on Vancouver Island.

“There has always been support to get people going, even in remote areas,” Duivenvoorde said. “It was quite the commitment, and that commitment has only increased with the permanent establishment on the island.”

Producers often take time to familiarize themselves a new and innovative product when they are in remote places, he said. The ability for Lely to have people like Duivenvoorde in these remote regions takes a lot of the worries away and shows that Lely is committed to everyone.