Iowa's Dairy Center located at Northeast Iowa Community College in Calmar, Iowa, includes a 250 cow dairy herd for teaching and demonstration. In December 2013 two Lely robots were added to the facility increasing the herd size to 300. One robot has Jerseys and one has Holsteins. With half the herd on robots and half that still milks through a traditional parlor, they were uniquely positioned to have Hawkeye Rural Electric Cooperative perform an energy audit to compare the two systems.

During a 2014 energy audit, Iowa’s Dairy Center evaluated energy consumption of the dairy operations to compare the traditional parlor milking system and the robotic milking system.

The robotic milking system has lower electric demand. This is due to round-the-clock operation of smaller milk harvesting equipment loads. Energy utilization at Iowa’s Dairy Center is higher on a per-cow and per-hundredweight basis than “typical” Midwestern dairy operations. The use of two separate milking centers instead of one results in some of the equipment being oversized and underutilized in the milking parlor.

Read the details in the form below. 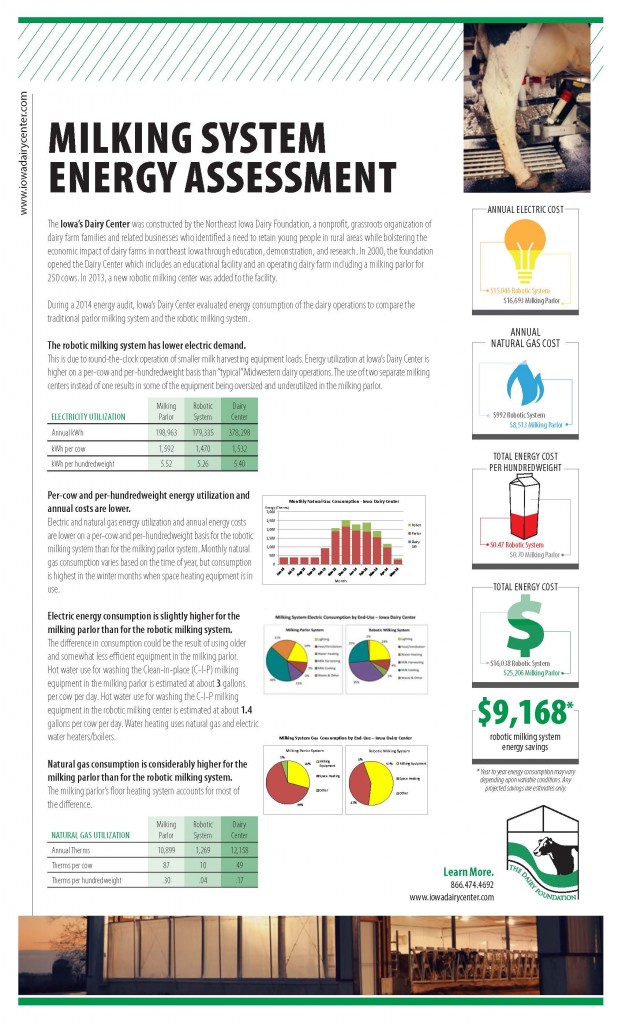